Trying to recover from 'long tail' Corona virus, but its not easy! (Part 3) 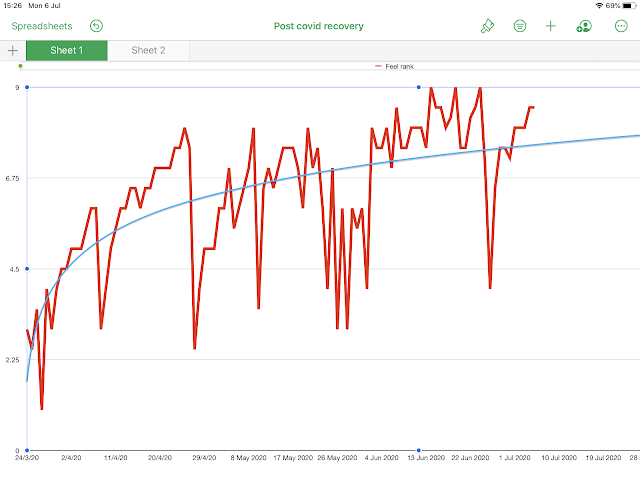 So finally what have we learnt (especially if your are a fitness fanatic (or bore))
1. Make sure people have isolated properly before allowing them into your bubble
2. Even if you don't get the virus badly, you can't exercise your way out of it so rest is best (I can't believe I just wrote that)
3. Build up exercise really slowly until you are confident you are over it.
4. Don't do jigsaws with too much black in them.
5. Try not to get anxious about your recovery as it only makes things worse
6. Avoid looking at Strava and seeing what activities your friends are doing as it just adds to the frustration
7. Come to terms that recovery might take a very long time and try and find other things to do other than sport (apparently there are such things).
8. Never ever, ever, ever tell people you are on the mend as by the next day you wont be
9. Keep a record of how you feel each day to help convince yourself that you are getting better.
10. Eat cake
Posted by Cake Crusader at 15:29 No comments: