Before I undertake my first cafe ride in 2016 it is important that I check up and learn from the critical cafe cycle goals that I sensibly set myself at the start of the year. You may recall I put them in place in order to make sure that my cafe cycling activities had proper focus and governance and to make sure that I was developing as a cafe cycle reviewer. I still find it hard to believe that I was able to do any meaningful cafe cycling before I had put these bad boys in place.

With all the useful information I have been collecting on my cafe cycle data capture spreadsheet I can now drill down and am able to present the information graphically to help make it both fascinating and meaningless.

Goal 1. Cycle to more than the 80 different cafes I visited in 2014 by avoiding any more near death experiences this year.(Measure: number of cafes visited greater than 80,  number near death experiences less than 1)
This went exceptionally well on both counts. Unlike 2014 I managed to avoid any new near death experiences (brown line) and thus complete a full year of cafe cycle reviewing. I also smashed my target reviewing 87 UK cafes (blue line) plus an additional 58 posted about (but not formally reviewed) either in Europe or on special non reviewing rides (did I mention I was on the BBC? and also set a cafe cycling world record). 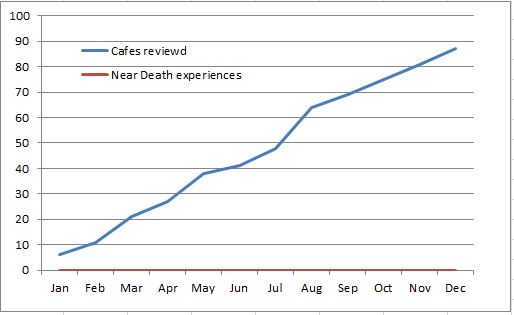 My cycle cafe data capture spreadsheet has been a great success and as a result I can now deliver the following fascinating 2015 facts:
My cycling guest cake choice break down is 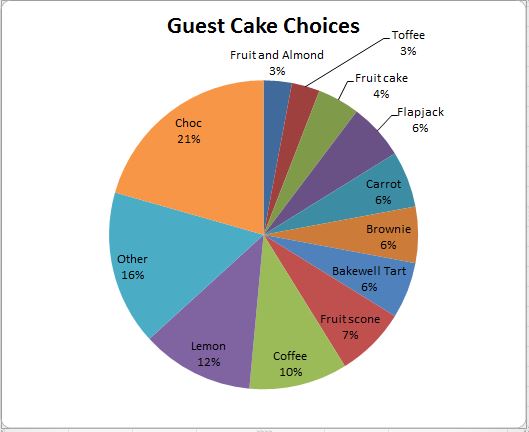 Whereas my cake choice break down is 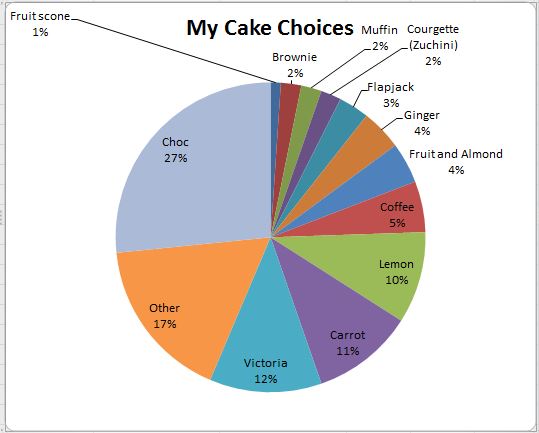 You will notice I have a good spread over the classic cake big 5 of Chocolate, Victoria, Carrot, Lemon and Coffee but my guests won't go near a Victoria sponge although they love a bit of Bakewell tart. Chocolate cake continues to prove to be everyone's most popular. 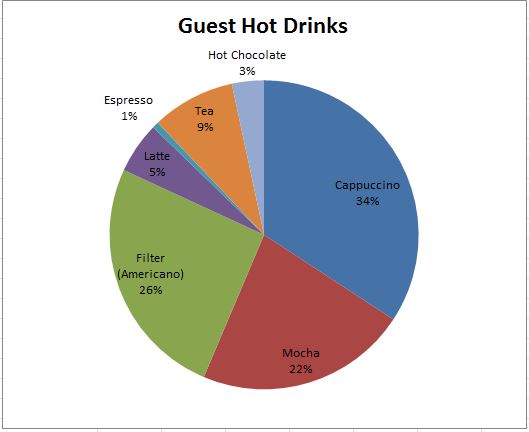 Whereas my hot drink breakdown is 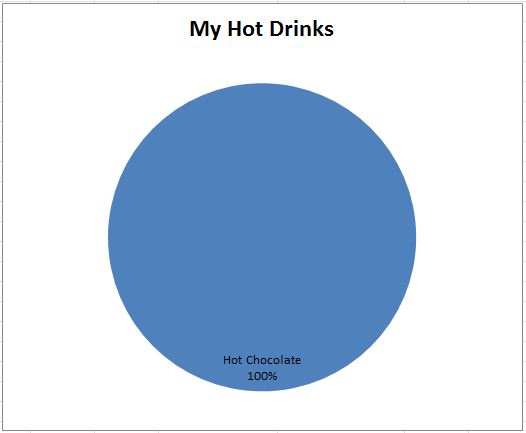 Goal 3. Campaign to stop cafes serving cake on top of the serviette, as this renders the napkin useless for mouth wiping activity (Measure: Cake serviette serving coefficient is greater than 0.8)
This was going very well with publicity and support on Twitter and Facebook plus a mention of the campaign in the local paper (did I mention there was a double page spread about me,pages 28 and 29, in the Eastern daily press). There was even a call to get a petition up to get parliament to make this practice illegal. Five of the cafes who had served cake this way publicly promised that they would not let it happen in future. However after all this hard work 3 of the last 4 cafes I visited in 2015 gave me cake served on the napkin making the figures look far less impressive. Cake serviette serving coefficient is currently standing at 0.891304348.

There is still work to be done, remember #KeepCakeoffServiettes. 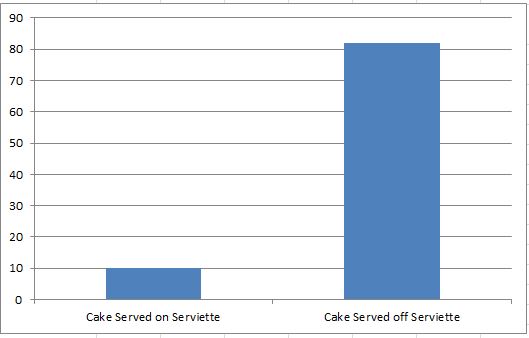 Goal 4. Encourage all cafes to follow the old rhyme 'cheese Scone hot, fruit scone not' at all times (Measure: Cheese scones served warm factor of over 90%)
Poor progress here I'm afraid. Of the 47 cheese scones I have had to date only 29 have been warmed with 18 arriving cold giving a cheese scone served warm factor of only 62%. Which is exactly the same as at end of March. Despite my campaign being mentioned on page 28 of the local paper and the publicity around cheese scone of the year this remains a low point for me. 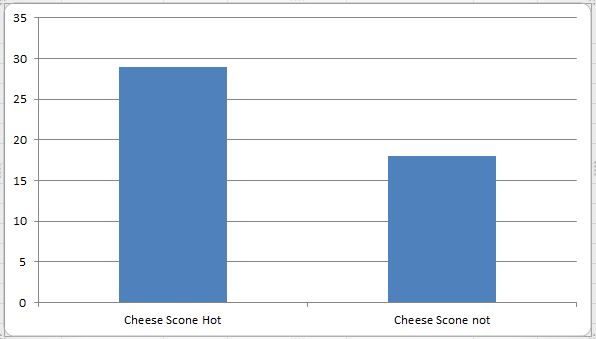 Goal 5. Set the world record for most cafes visited on a calorie neutral bike ride in one day (Measure: Cycle to 20 cafes in one day as per the official calorie neutral bike ride rules)
Great success (see is it a record) as I set the world record and have a certificate, that I made with my colouring set, plus an article in the local paper to prove it.
However it was a very silly thing to do so I won't be doing it again.

Overall very pleased with 2015 cafe cycle progress (did I mention I was on the BBC and had two articles in the local paper?) and I look forward to more cafe cycle challenges next year.