Dover to Norwich on NCR1. (Day 4 Maldon to Woodbridge)

Our overnight stop at the White Horse in Maldon had been a good one as it provided the non Premier Inn atmosphere we had wanted after abandoning them on this trip, but how would breakfast perform. Once again there was no porridge so for me it didn’t deliver but for the rest of the group it was thumbs up as a combination of full English and pancakes kept the punters happy.

With breakfast sorted and bikes loaded it was pedals down just after my 8.30 scheduled departure time.
It was perfect cycling weather as we left Maldon via a short stretch along the river.
It was all very relaxing in fact too relaxing as as we approached the end of the river stretch disaster occurred as I heard Mrs Crusader bellow the dreaded words ‘monkey puzzle”. I was furious, how could I have missed such an easy one and with the score now at 5:4 it was going to be an unnecessarily close battle. (If you missed yesterday’s instalment then you probably have no idea what any of this means so go back and read it now).
There then followed many miles of flat quality country lanes with lovely views of the countryside and estuary.
Last night we had been joined by Barry and Helen and their Tandem for the remainder of the ride and they clearly didn’t know what all the fuss had been about when we had told them about yesterday’s difficult and dull day. But as regular readers of these trips know an adventure or disappointment is just around the corner, although even NCR1 was behaving, surface wise, and today would be no exception.
Unfortunately today's unusually fast start corresponded with the earliest planned cafe stop so after just 18 miles we arrived at the Tea Cup tea room behind Layer village store.
Here normal service was resumed as we were informed, by rather grumpy shop staff, that the tea room was being refurbished and was closed until Monday. They said we could have drinks from their machine and sit on the front drive if we wanted.  Which we did as I got out my emergency lemon muffin I had got from Greggs earlier in the week for just such an occasion. However in the circumstance I couldn’t really rate the cafe so I didn’t.
We next reached the outskirts of the old Roman town of Colchester for the low point of the ride. We left behind the excellent quiet lanes and replaced them by riding alongside busy roads, bumpy cycle tracks and across fields as NCR1 showed us it’s worst.
When we eventually arrived in the Town centre NCR1 had another trick as it needlessly sent us round the one way system before returning us to the start point and suggesting we do it again. It took all my cycling and navigational skills to slingshot us back down the right road and out of town.
As the first “cafe stop” had come early it would still be a long way to the next one plus the day was getting hotter and route a bit lumpy with a few short climbs thrown in. The punters were starting to flag and worse still running out of drink.
I promised we would stop at next shop but NCR1 would not play ball as we went through each village we found no local store so refreshments had to be rationed. This basically meant I had to give any bars or gels I had to Mrs Crusader.
Just as it looked like we would make it to the cafe without a medical emergency we came across a road closed sign. Normally bikes can get round any roadworks and the workmen are happy to oblige but on this occasion they had just dug a big hole and when we arrived were told we would have to find another way round as there recent hole risk assessment wouldn’t allow it. It was good to see Barry and Helen and their Tandem were beginning to see what normally happens on one of my trips as it delayed us for another 20 mins adding further miles to the route.
With Mrs Crusader gasping for a drink then maybe I was wrong to over celebrate a fine monkey puzzle spot that put me back into a 2 point lead, but sometimes you can’t help it. In my defence I have to say that the gardeners of Essex and Suffolk are clearly not Monkey Puzzle fans as despite scanning every front garden there were no more spotted today, making this one a valuable find.
Devoid of liquid we reached the outskirts of Ipswich which proved much more straightforward than Colchester as we winded our way to the Marina to find le tour community cafe. I hadn’t told Mrs Crusader it was a community one to avoid a veto after yesterday’s community cafe catastrophe.
This couldn’t have been more different as it was bohemian in nature so ticked all our wishy washy liberal middle class hippy principles with mainly vegan options for lunch. As it was late most of the glass cake display units were devoid of cake but there was still some red velvet sponge that myself and Helen had the last of.
We waiting for the food and drink in a rather eclectic outdoor seating area mainly featuring rocking chairs.
The cake was good but coffees and hot chocolate were not great so only a middling score for le Tour meaning I still haven’t found a great cafe on this section of the route yet.
There was a final push on to Woodbridge which past without incident as it was mostly on an excellent off road cycle path network.
We therefore arrived at the Cherry Tree inn before 4.00pm for once, where the peloton had ice cream in the beer garden whilst I got down to post ride admin.
Tomorrow we return to base so there is one last chance to:
A. Get porridge for breakfast
B. Finish off Mrs Crusader in the Monkey Puzzle game
C. See if there is actually a good cafe on this section NCR1.

So still all to play for. 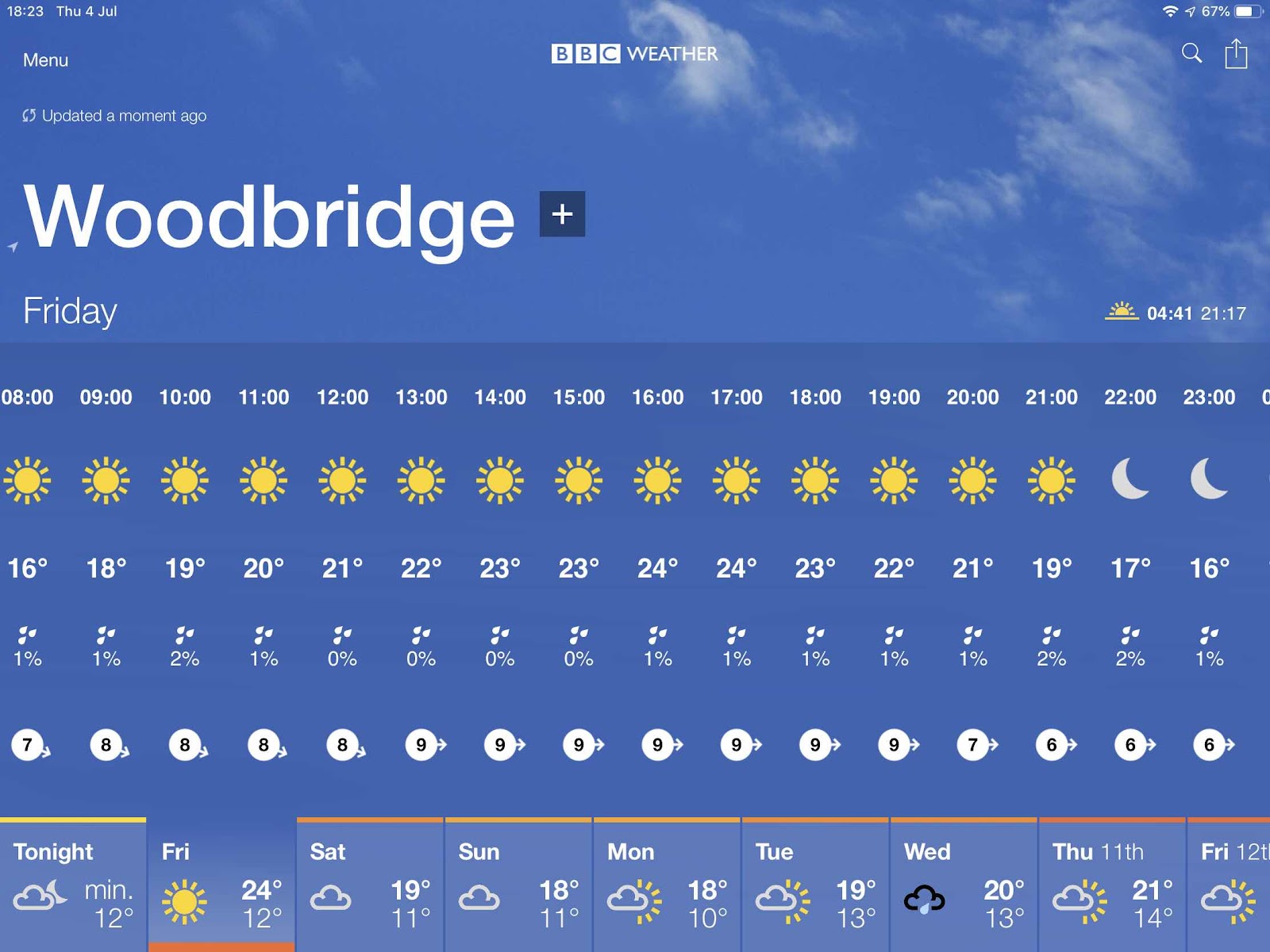 Email ThisBlogThis!Share to TwitterShare to FacebookShare to Pinterest
Labels: Dover to Norwich Day 4