Dover to Norwich on NCR1. (Day 3 Rochester to Maldon)

After yesterday’s yin and yang ride we reach the halfway point of the trip. Today, as well as not knowing what surfaces NCR1 will throw up there is the added jeopardy of a ferry crossing as we have to get across the Thames. This is actually a shortcut as the official NCR1 route continues along the Thames crossing it in central London before looping back through Harlow. This would have probably added 2 days to the trip and as I had cycled along the Thames several times before I thought this way may be more interesting, but was it?

The day started badly as apparently the St George Hotel had not had any porridge delivered so it was off the menu. Despite Mrs Crusader being a vegetarian she has always considered bacon to be a vegetable, as long as it is really well done, but this mornings offering was far from it having only briefly aquented itself with the frying pan, so was quickly rejected. It seems that my no premier Inn strategy is certainly not delivering on the breakfast front.

However we were both in good spirits and as it would be a long day we were ready for pedals down just before 8.30. I checked my bike only to discover I had a flat front tyre on my impossible to get the tyre off wheels. But after some nifty tyre level work I was extremely pleased to have had the replacement inner tube installed in record time.
This would have been impressive if the new tube I used hadn’t been poorly repaired (by me) and also had a puncture. So I had to repeat the whole process while muttering special bike maintenance words and having a good huff and puff.

With bike again operational and bags re packed we were able to set off but now 30 mins later than planned. Luckily there was a bike shop nearby so I was able to replace the two punctured tubes with new ones in case of further emergencies.
After this delay I hoped nothing else would go wrong as today’s final cafe didn't come until 50 miles and shut at 4.00pm. But it soon did as a little way along the nice looking riverside path of NCR1 was a building site with no access so back we had to go and loop round. Back on track this process was soon repeated with another set of impassable roadworks. I was getting very grumpy. Fortunately Mrs Crusader was being very calm and supportive.
Like most people we always like to play the cyclist favourite game, monkey puzzle, when on a ride. The rules are not too complicated: while on your bike if you see a monkey puzzle tree and shout ‘MONKEY PUZZLE’ before anyone else spots it you get a point. The person with the most points at the end of the ride wins. After two days I was currently 3-2 up but my bad mood got even worse when just as we got going again I heard the dreaded ‘MONKEY PUZZLE’ cry from behind and Mrs Crusader had banged in the equaliser.
Strangely this is where our moods swapped as mine picked up when I spotted another monkey puzzle to regain the lead just as we left the built up area behind and found some pleasant country lanes to enjoy. However a detour on a short stretch of busy dual carriageway did not go down well with the rest of the party.
As we know NCR1 likes to keep you on your toes so it was no surprise when it then took us alongside a canal for several miles. First on a nice wooded section
But then on a very rough and open gravelly bumpy section. And if there is one thing Mrs Crusader hates more than losing at the monkey puzzle game it’s being given a good shaking on her bike. By the end of the section she was far from happy.
In the distance I pointed out Tilbury docks where the ferry would be going to and Mrs Crusader was very pleased when she saw what she thought was our vessel. 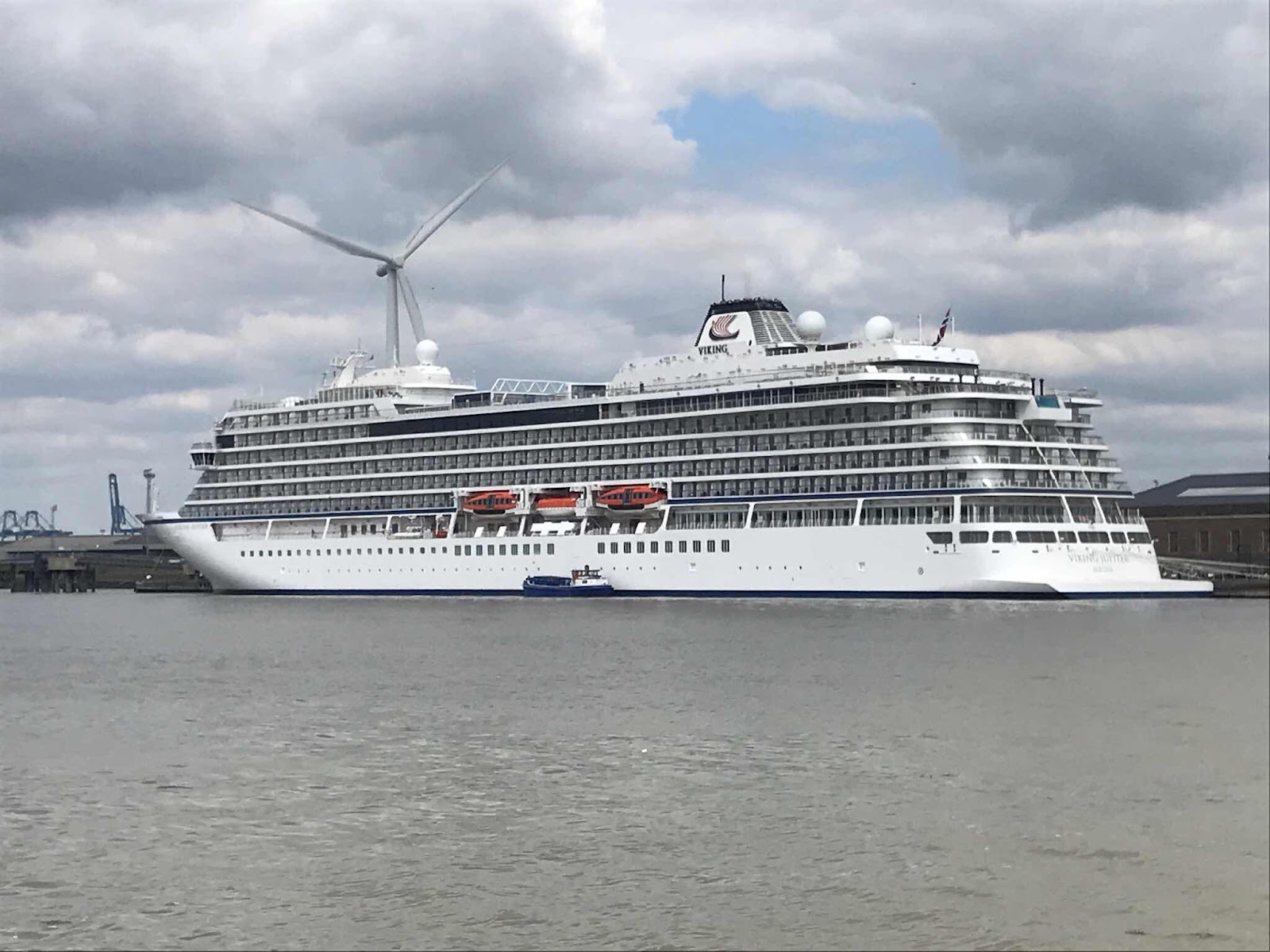 So it didn’t help when we found our actual ship although at least we had timed it right so only had to wait a couple of minutes before we set sail from Gravesend.
It was an arduous crossing but after several minutes we made it safely to the other side for the part of the ride I feared the most. We would have to cross several big A roads and a motorway to get away from Greater London and it would not be pretty or fast. So for the next few miles we zig zagged on a series of cycle paths by the side of, over, under and across the Greater London road network.
NCR1 had said goodbye at Tilbury docks so we had been joined by NCR 13 for this part of the ride although he did seem to go missing whenever things got a bit tricky or in built up areas only to reappear for the straight forward bits. This section ended at our first cafe stop in Hardie Park which is in the town of Stanford-le-Hope and NCR 13 goes right by the door.
I hoped a good coffee, nice cake and slap up lunch would get Mrs Crusader back in my good books as the ride to date certainly hadn’t. Once inside the cafe it was clear I had delivered my 4th sub standard offering in a row as the cake selection was almost non existent, hot chocolate was Cadbury’s and lunch selection rather basic. It was a nice little park though and the one cake they had was bread pudding (my favourite) so I was certainly the happier of our group as we set off again.
Knowing the ride and cafe stop up to this point was far from premier league standard then maybe it was a mistake to over celebrate taking a 5-3 lead in the Monkey puzzle game. As it happened this was the turning point because little by little the roads improved as did the quality of the houses for Mrs Crusader to kneb at.
By the time we reached our second stop, the Bee Shed, it was much more like what a nice cycle ride in the country should be.
The cake and drinks offerings here were of a much better standard (if not spectacular) although the people of Essex seem to speak very loudly so the courtyard outdoor seating area was not an oasis of relaxation. However it was a decent stop and first cafe to date I would recommend.
There were now just a few miles to go and we were rejoined by NCR1.
We would be on nice quiet lanes but as well as being noisy then people in these parts all like to drive their cars very fast and you rarely get a cheery wave for letting them past so we had to remain on our cycling toes.

The final sting in the tail was a long climb before we cruised into our overnight stop at the White Horse in Maldon. Very nice room but I’m not optimistic about porridge for breakfast, we will see.
On arrival we were met by Barry and Helen and their Tandem who would be joining us for the final two days. Let’s hope the route and cafes can deliver tomorrow. 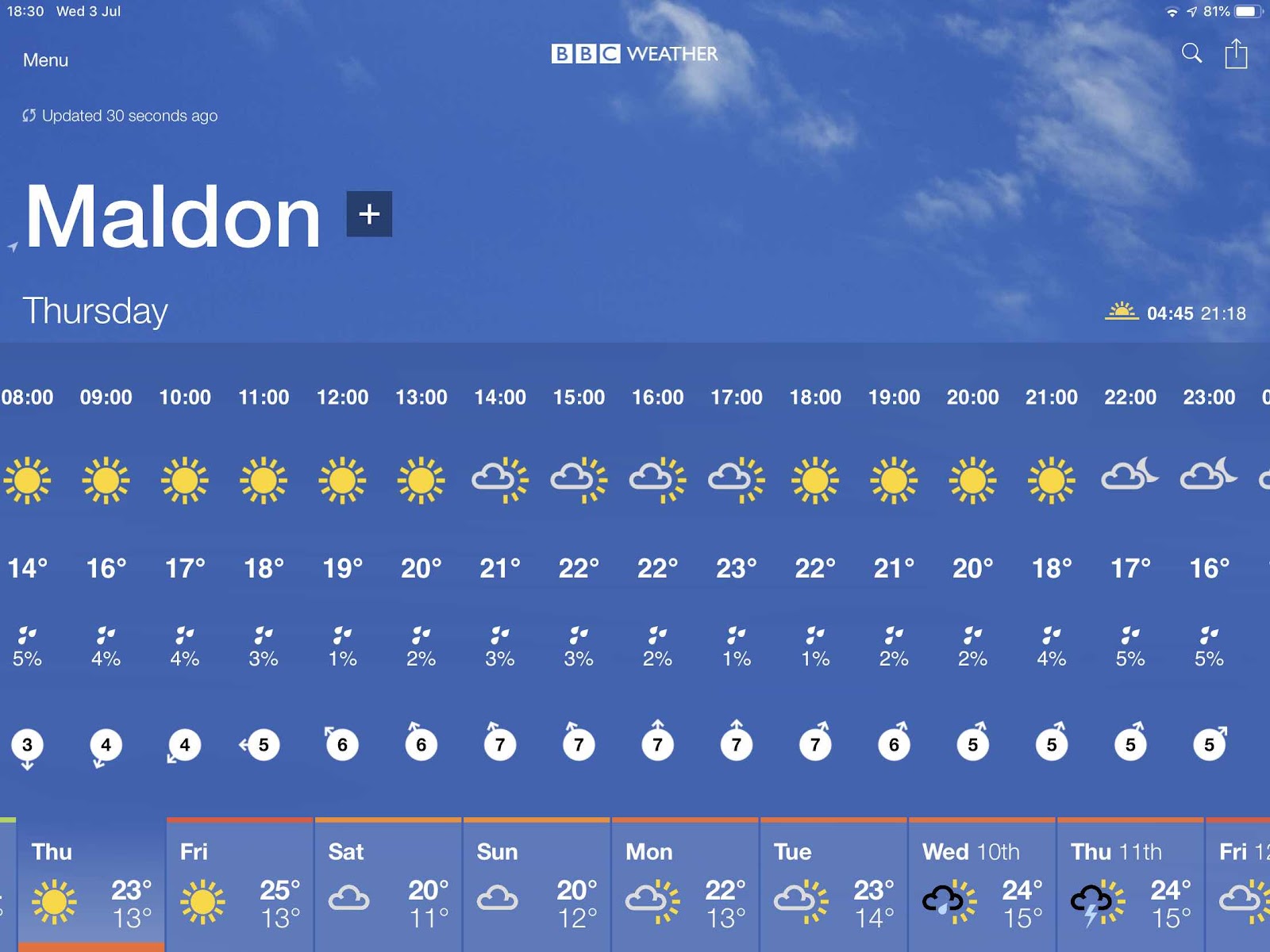 Email ThisBlogThis!Share to TwitterShare to FacebookShare to Pinterest
Labels: Dover to Norwich Day 3