Word had reached me of the snowy conditions back in Norfolk that had brought day to day life there to a standstill. I checked the weather forecast and was relieved that no snow was forecast here, at least not for the foreseeable future or indeed ever. In fact our challenge turned out to be quite different as by mid afternoon the temperature had reached 38C and it was the longest ride of the week at over 63 miles.

It was too hot to stop, as the cooling breeze generated whilst cycling was noticeably by its absence if you paused to take breather or a photo, but it still turned into another action packed day of teashops, temples and tarmac (but this time with monkeys!).

As always the day started with the dash across the big city but we were now pretty blasé as we rang our bells to dodge round the tuc tucs, motorbikes, people and cows while effortlessly cruising through.
Once out of town the road was pancake flat with a fantastic surface and we set off at a lightning speed. This area isn't particularly scenic as it is mainly agricultural but seeing everyday life in India was fascinating as we don't grow much rice or bananas in Norfolk.
However it was important not to lose sight of my tea based mission as we stopped at our morning tea shop in Reghunsaedhapuram (pronounced Reghunsaedhapuram).
With no discernible seating areas and having to drink our tea standing in the road kept the AAA mark down. But it did at least allow some of the locals to provide their rating input as well.
We only had biscuits for food but the tea was the best black tea so far this week. Not as good as the ginger tea and failed to score more than the required 7 out of 10 I'm looking for but the potential was there.
With renewed vigour we were off again and soon came across a curious phenomenon prevalent in these parts. A local villager was covering half the main road with plants to dry out his herbs, spices or nuts. This made the section of road into single carriageway. Every one here seemed to accept that this was fine but try doing that on the A11 on a bank holiday weekend and see what happens.
By lunchtime we had cracked out 40 of the advertised 63 miles but the sky was now clear and the sun was beating down meaning you could see our energy start to drain away.
After lunch I was reinvigorated by the news of a rest break at a Monkey temple. I was so excited I shot off and arrived at the breakpoint well ahead of the main group. Here I found actual monkeys. I was lucky enough to capture the local monkey hairdresser at work.
With monkeys in the can I rushed over to photograph the rather impressive temple part of the set up before the rabble arrived and disturbed everything (which they did and did).
It was only after we left that our tour leader explained what I had actually photographed was a palace and the actual monkey temple was a tiny thing on the roadside about the size of a small cupboard. I decided to ignore him and still made it my temple of the day.

The final tea shop of the ride was a bit of a surprise as we had moved away from the mud hut style to more of what we were used to in Norfolk and disappointedly we found ourselves being influenced by the aircom giving it a higher AAA then any other to date.
There was even a cake selection here which I opted to try a Danish pastry type thing in order to accompany my tea. No other punter joined me and had chocolate bars or ice cream instead. It was almost is if no one else cared about cycle cafe rating which I found hard to believe.
The Danish pastry type thing was nice but very dry and sucked all the moisture out of my mouth, which is probably the last thing you want to happen on a boiling hot day of cycling but that's dedication for you. The black tea was a good one but didn't get to the 7 out of 10 target, meaning the ginger tea shop stop was still the best to date.
With one final push we made it to tonight's stop over and some rest.
Tomorrow is last full day in the Tamil Nadu region with another long ride planned before we move into the hillier Kerala region at the weekend. It is the last chance for the Tamil Nadu region to put forward a winning cup of tea so let's hope for some good contenders. 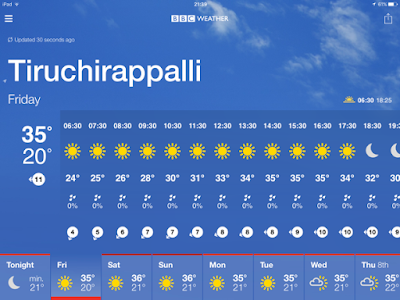