By the seaside on NCR2 day 5
Arlingtons Tea Garden
Arlington,
Hughie’s Beach Cafe,
Bexhill
Today was planned to be the easiest day as it was the shortest ride and apart from a sting in the tail it looked pretty flat. I was also hoping that all the weekend beach goers, cluttering up the proms, would be back at work making our progress easier. Despite this it appeared that Mrs Crusader was getting into the swing insisting that we still had an early breakfast and pedals down by 8:30.
We started off by leaving Brighton on a nice cycle track adjacent to the beach before reaching the main road. This soon diverted into housing estates criss crossing roads as the the cycle path regularly and unexpectedly switched pavement. For the second time in two days Mrs Crusader was subjected to cycle rage from the local pensioners when she accidentally missed the correct piece of cycle path. As she carefully scooted her bike along, while trying to locate the proper bit, she was rudely advised where to go and to get off the pavement. Sussex has definitely won the prize for the least friendly county to cycle in.
The next big town we came to was Newhaven. I was particularly excited as it would mean we would be following the Avenue Verte for the next few miles. You may remember that myself and Big George cycled all the Avenue Verte (London to Paris) in 2014 on my very first long distance cafe based adventure. You can relive it here (London to Paris on Avenue Verte day 1) whereas l kindly made Mrs Crusader relive it first hand thus saving her the bother.
From here the route really picked up as we cycled along side some pretty stony beaches.
Then we headed inland through some delightful country lanes with no grumpy pensioners in site.
In fact we even got the odd cheery wave from the passing cars we pulled over for plus a nice chat with another couple of cyclists riding from Brighton to Hastings for charity. They couldn’t understand why we were doing the same thing for fun (for 6 days!). We were therefore in good spirits when we arrived at today’s first cafe the Arlington tea gardens in Arlington.
It was a perfect day to sit in a tea garden so a high atmosphere and ambiance score was awarded. As was the score for the large cake selection. I went for the gluten free chocolate and avocado cake while Mrs Crusader had a strawberry and white chocolate muffin.
My cake was ok but I have decided that I prefer them with the gluten but Mrs Crusader claimed her muffin was the best cake she had had, not just this week but ever.
Not surprisingly this put the Arlington tea rooms high up my seaside cafe league table and straight into second place (and top of the non sea view cafes). Over cakes I warned Mrs Crusader the next section had bumpy off road. Fortunately it wasn’t that bad and the main obstacle were the hoards of young people doing their Duke of Edinburgh award swarming in the area.
Once back on the road we headed down to the coast again for some more pleasant riding along the seafront with far fewer people about on the proms than over the weekend.
This took us to our second cafe stop of the day but for the first time this week my target venue was shut. As we were in the seaside resort of Bexhill on sea it was easy to find another one so we stopped at the next cafe with a sea view which was Hughie’s.
As it had not been properly researched it was no surprise that the cake selection was small and the drinks average. My ginger cake and Mrs Crusaders fruit scone (with glacier cherries, argh!) we’re both nice without being special.
The main thing Hughie’s had going for it was the sea view which we enjoyed for sometime as they had managed to lose our food order despite it being the only one they currently had.
With food chased down it was back along the coast for some of the best seaside views we had had.
In no time we had made it to Hastings. It may have been the eerie feel to Hastings partially burnt down pair or the fact it was the only one on this stage of the route but either way it was clear winner of today’s pier of the day.
It had been an excellent ride so far and with only 4 miles to our hotel we were looking at a nice early finish. But those 4 miles headed in land across Hastings and featured some very steep hills. I have made a note to research hotel altitude locations better on any future trips. On the positive side at least we start tomorrow at the top of a hill.
Tomorrow is our final day when we are due to reach the end point of national cycle route 2 in Dover. However it looks like being fought with danger as we have tickets for the 4:20 train. It is the second longest stage, has several unknown off road sections and there is a strong wind against us so it’s still all to play for. 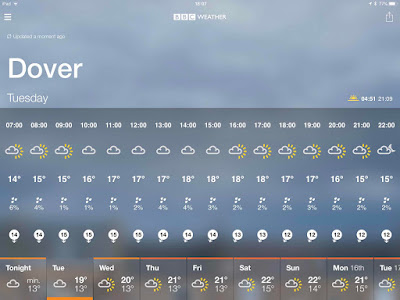 Stats
Posted by Cake Crusader at 18:12